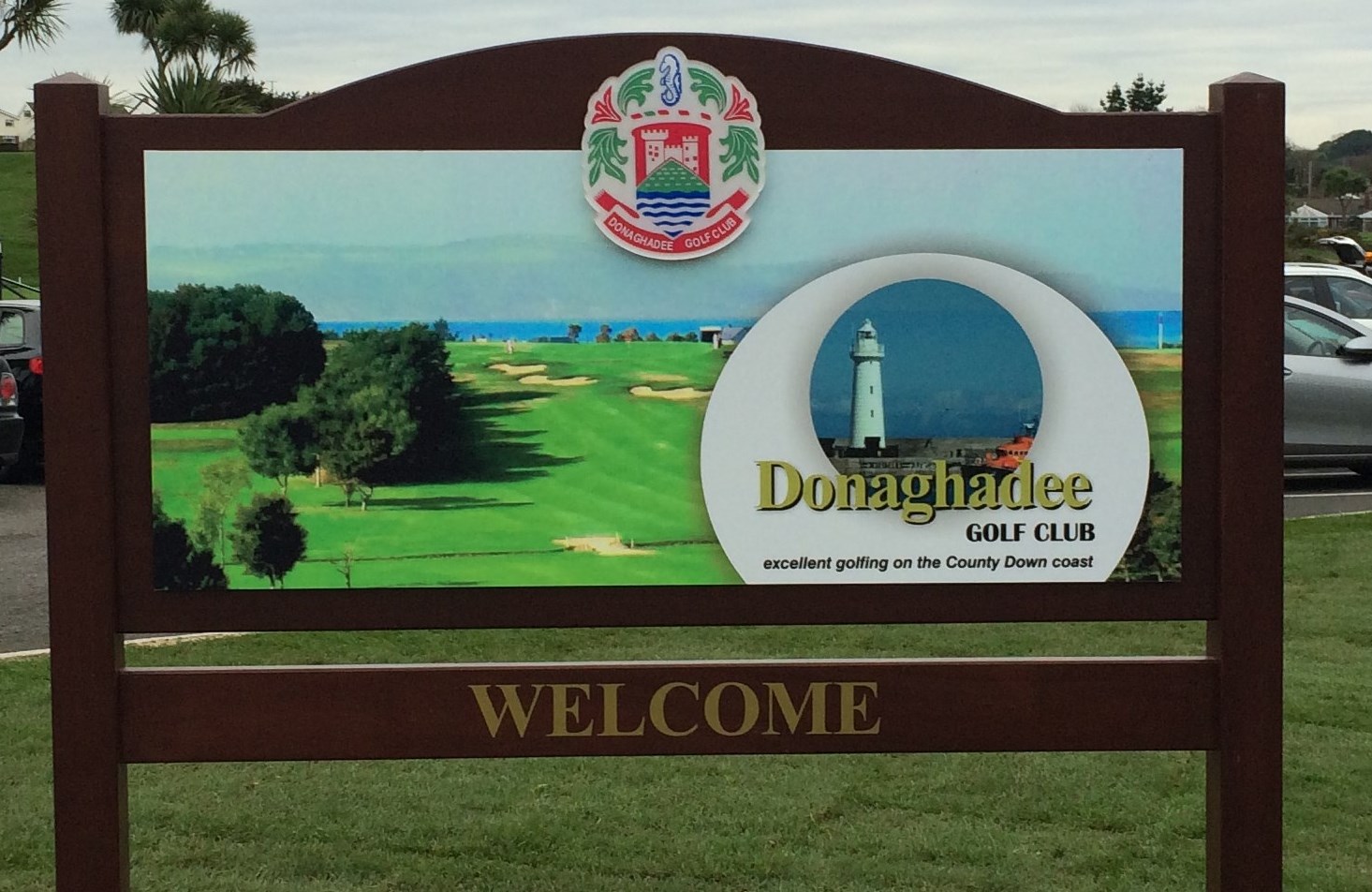 Donaghadee welcomes players of all backgrounds and abilities.  Our Men’s, Ladies and Juvenile sections have enjoyed particular success over the years.  All members have the benefit of an excellent practice academy, opened by Norman Drew in 2010.

On the course and in the clubhouse, we pride ourselves on being a friendly, family, orientated golf club.  Members’ visitors are also warmly welcomed.  You don’t have to be a golfer to become a member.

Situated on the North Down Coast, at the mouth of Belfast Lough, with stunning views across to the Copeland Islands; Donaghadee Golf Club was opened on the 28th July 1899.

The original 9 Hole course was designed by Willie Fernie the famous Scottish professional who won the Open Championship in 1883 and was runner up on four other occasions.  The current 18 hole par 71, which is part links part parkland opened in 1907.

In 1948, Sir Walter Smiles, Bear Grylls’ grandfather started an annual boys’ competition, which was to become the Ulster Boys Championship.  This was first won by Norman Drew, who defeated John Glover, a future Captain of the R&A.  Our current professional, Gordon Drew, is Norman’s son.